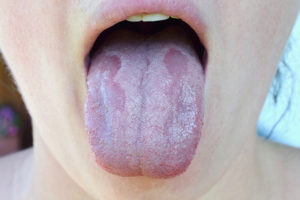 The fungus grows best in a warm, moist environment like sweaty socks, shoes, swimming pools, locker rooms and other environments that allow the fungi to grow and survive. The most common fungal infections include ringworm, athlete’s foot, jock itch, and yeast infections.

Also known as a type of ringworm is a highly, contagious fungal infection that happens on the superficial layer of the skin. It is caused by direct skin to skin contact with an infected person or animal. It can be also contacted through an infected object and soil but contact with soil is rare.

Also known as Athlete’s foot is a fungal infection that happens between the toes. The athlete’s foot commonly occurs in an individual’s feet that have become very sweaty for reasons like wearing tight shoes, socks, and other confined footwear. Just like ringworm, it is highly contagious. It can spread on floor surfaces, contaminated clothing, and towels.

Athlete’s foot can also spread to other parts of the body as well. Areas such as hands, nails and groin areas can become infected and cause more complications to arise.

Risk factors include being a male, frequently wearing tight-fitted or confined footwear and damp socks, sharing contaminated items such as mats, footwear, socks and walking barefooted in public bathing places such as gym showers, locker rooms, saunas, and swimming pools.

Commonly known as Jock itch is another high contagious fungal infection. This affects the genitals, inner thighs, and buttocks. Jock itch begins as a reddened area spreading out in the groin making a half-moon shape to the upper thigh region. Jock itch can be spread by an infected individual, towel or clothing. It is common for the infection to spread from the feet to the genitals, as fungus can travel on your hands or transfer on an object.

Risk factors include being a male, teen or young adult, wearing tight clothing, excessive sweating, overweight, history of diabetes and a compromised or weakened the immune system.

Also known as vaginal candidiasis. A fungal infection that affects the vagina and the vulva (the tissues at the vaginal opening) causing itching, irritation, and discharge. It is a very common infection among women. Yeast infections affect up to 3 out of 4 women at some point in their lifetime. A yeast infection is not considered a sexually transmitted disease but it does increase the risk of vaginal infection during initial sexual intercourse.
The cause of yeast infections is due to the fungus candida Albicans (Candida. a). The vagina is a naturally balanced mixture of yeast including candida and lactobacillus which help to inhibit the overproduction of yeast. However, the balance of the mixture can be disrupted causing the overgrowth of candida or fungus traveling deeper into vaginal tissue causing irritation and abundant vaginal discharge.

Risk factors include antibiotic usage that can cause yeast infections, increased levels of estrogen, diabetes and compromised immune system. This also commonly occurs in skin folds such as underneath breasts or abdominal folds.

These are the most common fungal infection that can be easily treated at the Philadelphia office of the Center for Dermatology, Laser and Cosmetic Surgery. Dr. Farber has over 30 years of experience in diagnosing and treating the infection giving our patients instant relief and gratification that they are getting the best patient care they deserve.

If you or someone you know is experiencing a possible fungal infection mention above, give a call to Center for Dermatology, Laser and Cosmetic Surgery for an appointment with Dr. Farber.

Short On Time and Need Answers to Some of Your Health Questions?
Book a Teledermatology Phone Consultation.

Get diagnosis & treatment plan over the phone and next day.

Register with the Doctor

Tell me About Your Condition

Sign up to receive information on upcoming promotions and other updates within our practice: